LEONA O'NEILL'S ANTICS AND A MESSAGE FOR THE IRA

Three months after the Lyra McKee hoax, I take a look at one of the main actors - Derry journalist, Leona O'Neill, to show you what she's been up to. And I have a message for the so called IRA.

Leona O'Neill came to my attention from a watermark on the long hoax movie of Creggan Estate, April 18th. Apparently she filmed the woman running down the hill shouting Help Help, and doing a skip at the end. And there was work done beforehand on the legs-sticking-out-of-the-LandRover-hoax-movie, because they had it up on youtube very quickly. One day they may regret the shoddy workmanship of that video (see the yellow arrow...where is the rest of the body?) 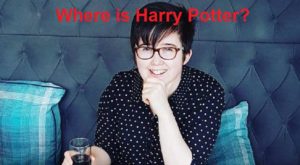 A deceiver on the people of Derry and Northern Ireland, this journalist got Paddywagon shut down on Facebook. Get's my posts deleted. You are not a journalist, you are a deceiver playing games on the people, carrying on like a queen bee. Who thinks this is a good character? She mocks the people daily.

I go on and on again about the things that the people need to be aware of, sooner or later the penny drops, and people start waking up and seeing what's really going on. I'm not going anywhere. I can again put the spotlight on police collusion with fake republicans and show the people again, what they need to know, what they need to get, to wake up on what's going on.

The troubles are on for some in Northern Ireland like they never knew. I will rip it up and show people the truth, show them how they are controlled, how it is done.  I don't fear anyone on this earth, and I'm not done by a long shot,  I have a list of names.

Lyra McKee hoaxers should not be surprised to see their names in the headlines. I have knowledge for the people of Ireland, and I fight for Ireland, unlike some people. Traitors to Ireland will be dealt with. Fake nationalists. IRA fakers your day will come.