THE CURIOUS CASE OF DAVID BOWIE NOT BEING DEAD

It's a curious thing when a man pronounced dead, appears alive, in disguise, on the News, the morning after he's supposed to have died. But that's what happened when David Jones, AKA David Bowie, appeared on Sky News, as music industry insider - Jack Steven.

On the morning of January 11th 2016, while the world was coping with news that David Bowie had died, things were chirpier in a Sky News Studio. For there, in good health, was David Bowie. Not actually dead.

He used prosthetics to mask features, to appear heavier. The eyes are telling, in whatever colour. It seems the deep set David Bowie gaze is hard to disguise. Teeth were changed and a wig employed to troll the masses, worryingly, with the connivance of Sky. 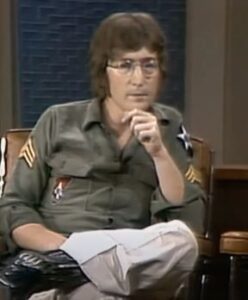 As you might expect, there are some giveaway lines in the discussion, it's Bowie, he is a cheeky chap, and you can be sure he will drop a few truth bombs and noteworthy references in the conversation. He's trolling the world, we can expect it.

At the beginning, Jack is asked how he felt, having heard the news that morning, and responded "I was just saying earlier, I actually felt like part of me had died. I lived through John Lennon's death, and Elvis's death. Sadly, this one's affected me more than any other. I mean, it's a very strange thing".

Indeed it is a strange thing, and maybe now we should wonder about the demise of the other characters. I heard that John Lennon lived in London during the 1980s, it's not hard to believe, if this oddity is anything to go by.

Listening to David Bowie interviews, you can recognize a similar cadence in his speech, same annunciation, same accent. Also, I noticed he occasionally repeats the first word of a sentence. The same can be heard with Jack Steven. But you don't need to be that forensic, just look and listen, it's hard not to see it. 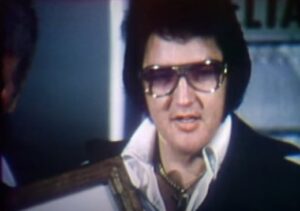 Maybe reports of Elvis being alive weren't so crazy after all.

It's clear from watching the Sky News reel that Bowie did not die, and that the broadcaster participated in the chicanery. Like it was April Fool's Day. These news outlets are evidently about controlling people's emotions, mentality, morality, their reality. They play games to manipulate minds. Trusted News outlets are thoroughly untrustworthy, we don't know the half of it.

David Bowie didn't die, he ch-ch-ch-changed, I don't know why, privacy, I suppose. He's a character. I have the feeling he's alive, maybe living in London.